Do you know someone who is a racing car driver and a school Principal? We do! Simon Boss-Walker, Principal of Kawungan State School, races cars semi-professionally and proudly displays the SU QLD logo on his 1965 Ford Falcon.

Simon has had a life-long passion for motor racing. “I began racing when I was about 20 years old but could never afford it. When I bought the Ford it was only going to be a cruiser. But I could see the potential of the car. It is now a part of the only XP (Xtreme Performance) racing in Australia,” says Simon.

“Since having the logo on the car people often tell me of the great work chaplains do in local schools and how the chaplain helped them. This [logo sticker on my car] helps bring awareness and shows my support for chaplaincy,” he says.

One excited teenager even said, “Oh look, the Chappy car”, when he saw it.

Simon became a Principal in 1991 in North Queensland in a school that only had 23 students and has now served 5 schools and also worked for the Education Department.

“I was delighted when chaplaincy was developed as a program. Chaplaincy gives us an extra layer of support in schools. In many cases the guidance officer, classroom teacher, department head or deputy can refer a student to the chaplain who can often act as a ‘fuse breaker’. In all of my schools, the community has held the chaplain in high regard,” says Simon.

He says chaplains go above and beyond their role to support young people. “On the death of a parent in one of my schools, the chaplain took a lead role in organising the funeral and offering support to a very distressed family. I see chaplains going above and beyond to support the emotional and sometimes spiritual needs of a range of students experiencing life and all it throws at us,” he says.

The SU QLD racing car mainly competes in sprints and hill climbs and recently competed at the Noosa Hill Climb at the start of November. We’ll be keeping an eye out for it in its next big race. 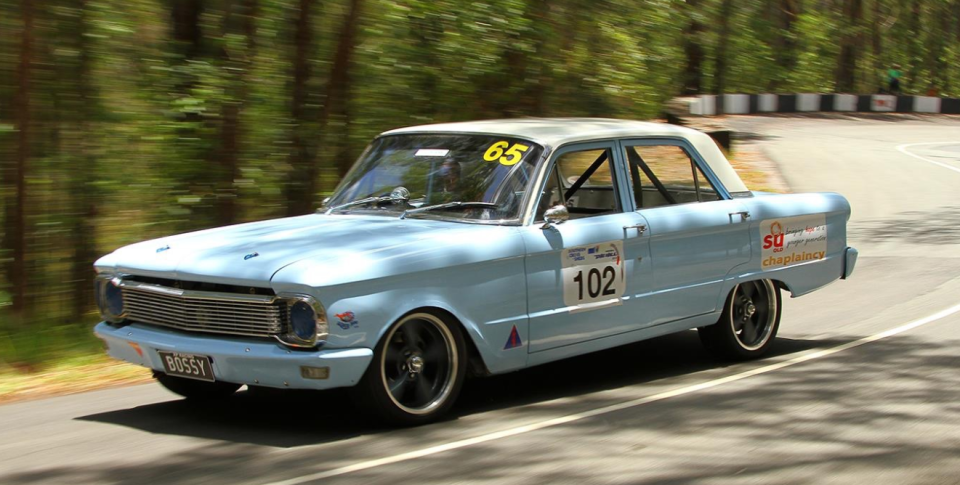 Read more about what wonderful supporters are doing around Queensland.