I’m not sure about other families, but my children definitely have a finely tuned sense of what is fair and what is not. “His slice of pizza is bigger than mine!” “Why do I have to go to bed earlier than her?” “But I cleaned up after dinner last night!”

As parents we are constantly under pressure to make sure each child is being treated with complete fairness.

Last week we heard the news here in Queensland that three young ladies were found to have caught the Covid-19 virus in Melbourne, and then lied about their whereabouts when returning home. Naturally this put the state under great pressure to ensure we didn’t see a surge in the pandemic locally.

Soon after the identity of the girls was released, with their photos and names shown on the frontpage of our state newspaper, under the headline “Enemies of the State”, there was no hiding. They had done wrong and they had put us all at risk.

After the images and names were released, the comments on social media started rolling in thick and fast.

In these extraordinary times, when emotions are high, it was no surprise to see these young women recieve a lot of criticism. Sadly, it was also no surprise that the women, who happened to be of African heritage, started receiving a steady stream of vitriolic comments based on their race, which had nothing to do with their actions.

When I checked in with a Sudanese friend he confirmed that he and others of African heritage were having to cope with hurtful comments, as a result of the actions of these three women. He said “It’s not fair, but that’s the way it is.” No it is certainly not fair!

We call it racism, when people are treated unfairly because of their skin colour or background.

One of the rules I have adopted in learning how to engage well with people of a different background, culture or faith than my own is: Do not judge a person by what other people of their faith or community do.

This reminder helps me to look at a person and acknowledge that while they may come from a people group who share some similarities, they are also unique and special, and need to be treated as an individual.

So yes it is right that someone is challenged and held accountable for their actions. This is justice, and if they have done the wrong thing they need to receive the consequences. That is fair.

However it is not fair to then transfer their behaviour onto all other people who look like them. Personally, I do not represent all men, or all Christians, or even all coffee-drinking-Brisbane-dwelling-right-handed-amateur-runner-Christian-men. So I should not need to answer for the actions of another person who shares any of my traits – be they spiritual, physical, cultural or otherwise.

Let us take steps to overcome the temptation to fall into racism or any other -ism that doesn’t see a person for their inherent value as an individual created by a loving God. And let’s help our children do the same. 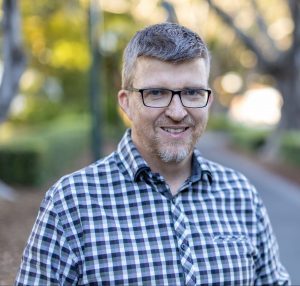 Tim works in Cross-Cultural Innovations for SU, seeking to foster vibrant ministry with people of minority cultures and other faiths. Prior to this Tim spent 8 years with The Feast in the UK, engaging youth of different faiths, and 10 years in various roles with SU Qld.