SU QLD Surf Camp is an awesome week of surfing (or having a bash at it!), stacks of fun activities, and being given the opportunity to encounter our creator, God.

After her 2015 Surf Camp experience, Kobi wants to share why she is already saving to go again next year.

“It all started with my crazy mother coming in and saying, ‘Hey, what do you think about going away on a Surf Camp at Coolum with Scripture Union?’ As it turns out, Surf Camp 2015 was truly one of the most fun experiences of my life to date,” says Kobi.

Kobi’s mum, Delia loved it from a parent’s perspective. “We home school Kobi through Groves Christian College, Distance Education and so this was a nice way for her to mix with other kids,” says Delia. “Children greatly benefit from these experiences, as they make new friends by interacting in a safe environment with peers they would not normally socialise with,” says Delia.

“Freedom is important for children as they grow up, freedom to be themselves away from prying parent eyes whilst still being looked after,” she says. “I also heard all about the fun experiences – surfing, water skiing, and huge inflatable water park. All the activities on the camp were healthy, outdoor things that kids should be doing, instead of being glued to a screen all holidays!”

From the moment Kobi arrived she felt welcomed and accepted. 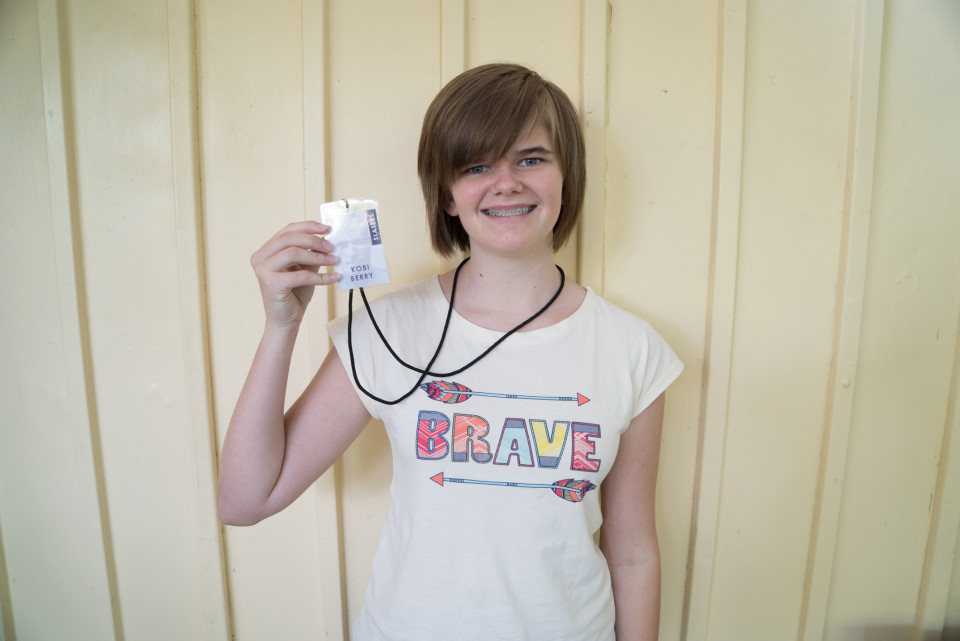 “I found the leaders to be super welcoming. After meeting the other girls in my room, it was time to hit the beach, where I instantly made friends,” says Kobi. “After dinner each night, it was time for worship where we were taught about the woman at the well, which is a story from the Bible. It was very relatable and I think everyone was touched in some way by the story and the message.”

Every day the campers went to the beach where they could choose to swim, relax or learn to surf. Kobi had never been surfing before, but by the end of the week could catch a wave all by herself. The week was also full of activities like laser tag, trampoline fun park, shopping and cable ski.

“I was totally in for cable ski and it turned out to be one of many highlights of the camp, as it was yet another thing I had never done before. It was truly an epic experience and I cannot wait to do it again very soon!” says Kobi. “One night, we all got dressed up in our ‘old-school sports’ costumes – there were the tennis players, the cricketers and my friend and I went in fluorescent green and black aerobic outfits. Off to the disco party we went, which was chaos central with all of us dancing around like crazy people – it was brilliant,” Kobi recalls.

On the last morning Kobi found the energy to go on the Mt Coolum walk. “It was a hard trek up there, especially when half asleep, but once I got to the top it was clearly worth it. The view was amazing and it made me quite sad to realise this was our last day. However, I will be back next year, I wouldn’t miss it for the world!” she says.

If you want more information about Surf Camp or any of our other SU QLD camps, contact Andrew Beavers on 07 3112 6458, or visit suqld.org.au/camps