Here at SU QLD, we think all of our school chaplains are the bee’s knees! Their selfless, life-changing work normally goes unrecognized.

But sometimes, a member of their school communities witnesses some of the phenomenal commitment to others that they exhibit, and nominates them for community service awards.

These are the awesome school chaplains who have won awards over the last twelve months: 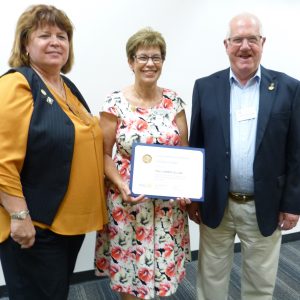 Jocelyn has been a school chaplain for nine years.

Jocelyn was awarded the honour at a ceremony hosted by the Rotary Club of Ashgrove/The Gap for her “tangible and significant assistance given for the furtherance of better understanding and friendly relations among the peoples of the world”.

Jocelyn has played an integral role in supporting students to earn the Rotary Junior Community Award, which recognises young people for their active contribution to serving their local community.

After seven years of witnessing her students receive accolades for their service, Jocelyn was shocked to learn that she too had been recognised this year. “I felt very unworthy because it all sounded like a really big honour.”

While Jocelyn is extremely honoured and grateful, it is clear that her greatest pride comes from the impact her support has had on the children she works with.

“A lot of the children I’ve worked with have continued their community work that they started when they were going for the award. I think it is a really great way of getting them involved in voluntary work and giving back to the community,” she says. 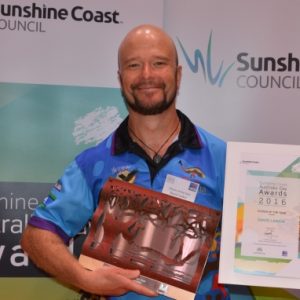 Dave has been a school chaplain for 8 years.

Dave was nominated by Buderim State School P&C, and received the award from Sunshine Coast Council – as part of Australia Day celebrations.

“I was very humbled and shocked when I won this award. It was testament to the value of our chaplaincy service, my family’s and community’s support after my emergency heart surgery in 2014, and what it truly means to be connected in community.” 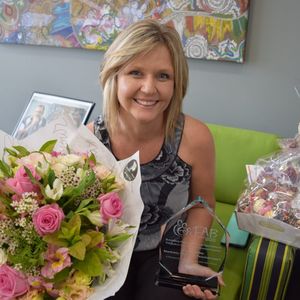 Selina has been a school chaplain for 4 years.

Selina was nominated by the Bundaberg Child Safety Manager, as the awards are presented to someone who demonstrates “outstanding achievement in the child and family sector”.

“It was very humbling and overwhelming, but also super cool to win these awards as I feel I’m nobody special. I’m just someone who enjoys helping others realise they are important and valued.” 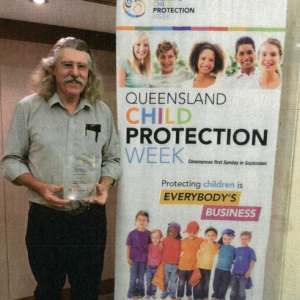 Terrence has been a chaplain for over 6 years.

Terrence was nominated for the State Child Protection Week Award for his continued work with M.A.D (Making A Difference) Camps held 4 times each year for local children. His nomination for the Regional Achievements and Community Award was the result of his exceptional commitment to his school chaplaincy role across multiple schools.

“… I found out many years ago, you can’t out-give God. He has never let me down, so as far as I’m concerned all the honour and glory and awards belong to Him, for without God I can do nothing at all.” 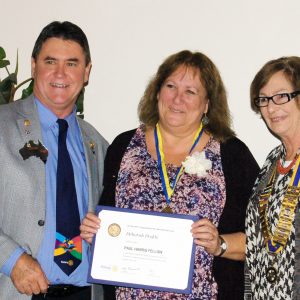 Debbie has been a chaplain for over 12 years.

Debbie received the award from the Rotary Club of Toowoomba City at the annual President Changeover Dinner for being someone “whose life exemplifies the humanitarian and educational objectives… and for demonstrating… a commitment to helping persons in need”.

“I was totally surprised and honoured to be given an award for something I am so passionate about.  I see that I am really a conduit for so many who volunteer and support the work of chaplaincy both at my school and in the community… Being a long term chaplain has given me such wonderful opportunities to walk alongside my school families cheering them on to greatness. To be honoured in this way humbles me greatly.”

SU QLD School Chaplains can only do their life-changing service for children, young people and their families because of your support. Thank you!