Brianna was just nine years old when her much-loved big sister, Bella-Courtney, was tragically taken from her.

Yet, in the midst of this unspeakable tragedy there has been a shining light – her school chaplain, Leanne.

Through the support of friends like you, Chappy Leanne was there to journey with Brianna and her mum Rebecca in their darkest hour.

No family should ever have to face the question of whether their school chaplain will continue to be there for them. 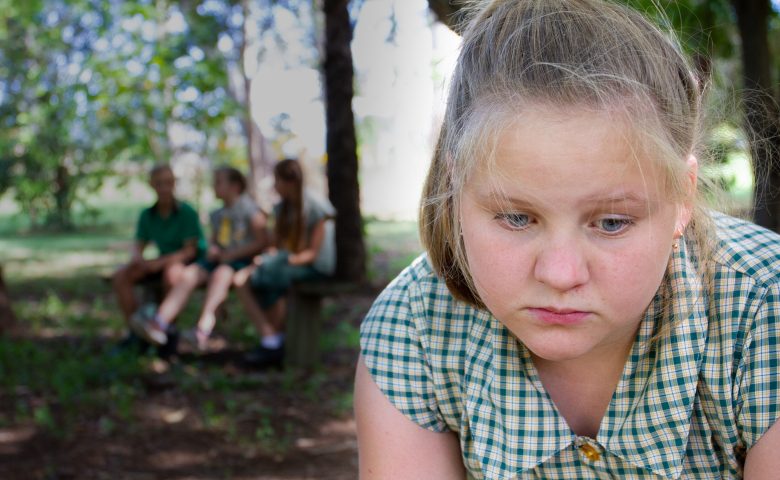 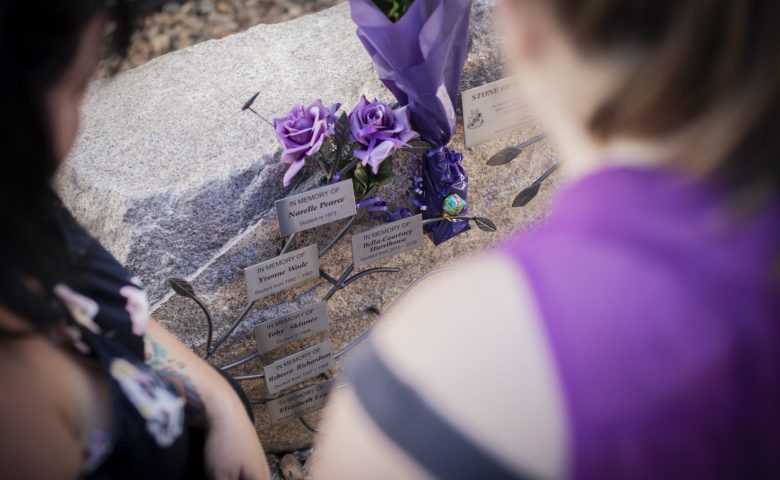 Rebecca and Brianna are eternally grateful for the support of their school chaplain.

“It’s been a very hard and grueling four years for my family. But in all this chaos, there has always been a friendly, caring and generous person by our side, Chappy Leanne,” recalls Rebecca.

“Bella missed the end of grade 5, all of grade 6 and a good portion of year 7 because she was in and out of hospital for surgeries, scans, assessments and treatment,” Rebecca says.

This also meant Rebecca couldn’t be there for her youngest daughter Brianna, who stayed behind in Gin Gin with her grandparents while her sister was in hospital in Brisbane.

“It was very hard on Brianna, the feeling of being unwanted, pushed aside, and the lack of sibling affection.”

“Thankfully, the bond Brianna made with Chappy Leanne was a strong and powerful one. They spoke regularly at school and Brianna couldn’t wait to tell me on the phone what she and Leanne had been up to each week.

“The excitement and pride she showed when she made gifts for her sister would light up anyone’s eyes. I’m just so grateful Brianna had that safe person, that safe place to go to where she felt cared for and listened to,” Rebecca recalls.

On June 24, 2016 Bella-Courtney lost her fight against cancer. Ever since, this precious family have felt the enormous hole left by Bella’s passing. But it’s a hole that has in part been filled by the love and support of their school chaplain.

“To this day Brianna still shares a strong relationship with her chaplain who has supported her to overcome her grief.

“We are where we are today because of our school chaplain,” says Rebecca.

You can help shine the light

School chaplains like Leanne are in our communities everyday, shining their light in the darkness of grief and loss, bullying, family breakdown, and so much more.

Will you help raise $293,000 before June 30 to keep the light of school chaplaincy shining for children like Brianna? 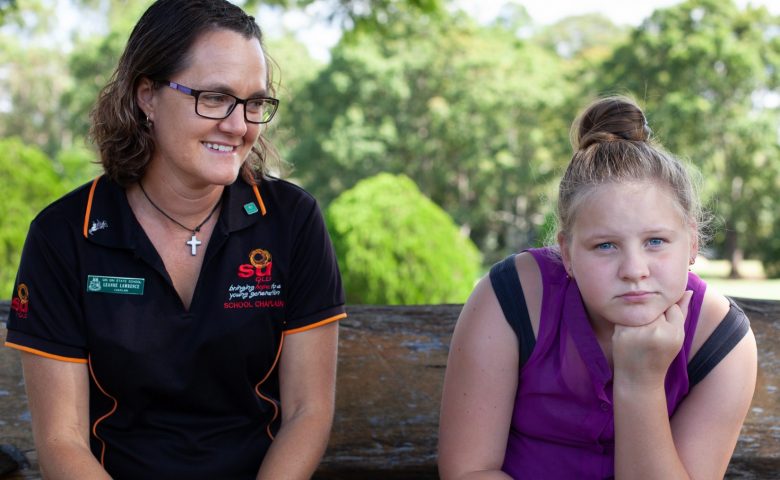 Yes! I want to bring hope to children like Brianna.

Where does my donation go?

Stewardship is one of our core values. As stewards of opportunities and resources, we aim to be creative, innovative, sustainable, responsible, and effective. For this reason, we believe it is our responsibility to make every dollar count. For every $1 donated to SU QLD, 84 cents goes directly to running programs, 11 cents to delivery and support, and 5 cents goes towards multiplying your gift through fundraising and engagement activities.

You can read all about the ways your faithful giving is making a difference in our latest Annual Report. 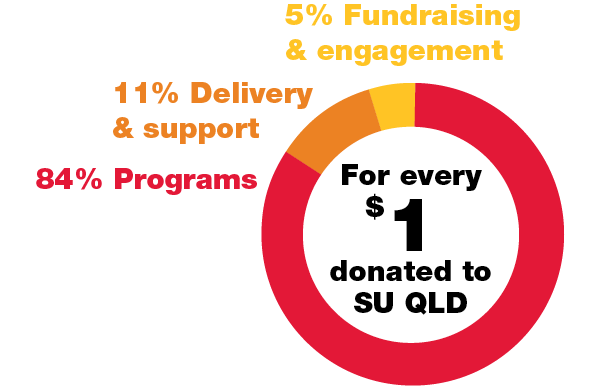 Are all donations to SU QLD tax deductible?

All gifts over $2 donated to school chaplaincy are tax deductible, unless otherwise specified.

The work of SU QLD is made possible, in part, through funding from the Australian Federal and State governments.  This funding only covers the work of school chaplaincy. Currently, the funding employs a school chaplain for less than two days a week, which is not enough to meet demand for most school communities. This is where your support comes in. Thanks to generous friends like you, almost half of the time chaplains are in schools is a direct result of your faithful support. 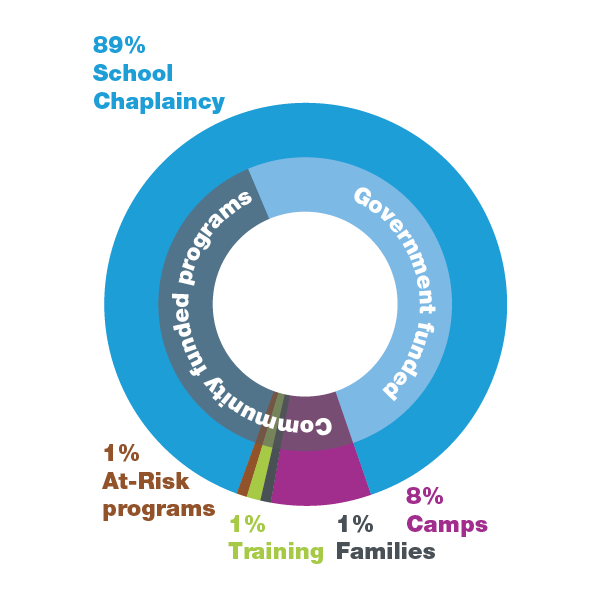