For some, camping evokes images of the great outdoors and high-octane adventures and competition. But that’s not for everyone.

For those with a more artistic bent, there’s a great alternative…

Thanks to your support, more than 100 SMADD Camps have run since its inception in 1978, providing a safe space for kids who don’t align with the mainstream, sporty demographic most camps cater to.

“We hang out together, make a lot of art, and talk about God. At the end of the week we present what we’ve been doing back to the campers’ families at a concert.

“It’s a camp where encouragement is number one. A camp where if someone hasn’t performed before or stuffs up, they will still get the biggest applause in the world. It’s a camp where kids are safe to take risks,” says Rachel.

Over the past 40 years, SMADD’s community has been built by passionate individuals who have invested into the lives of the campers.

Jude Dickson has been involved with SMADD since 1991, attending more than 30 SMADDs as a camper and leader.

“Since then I came along every year I could as a camper and have led most of the years from then-till-now. I even met my husband Bruce at SMADD, and my eldest daughter is now a camp leader.

Jude says SMAAD meets the need of inclusion for the percentage of young people who don’t fit the mainstream. 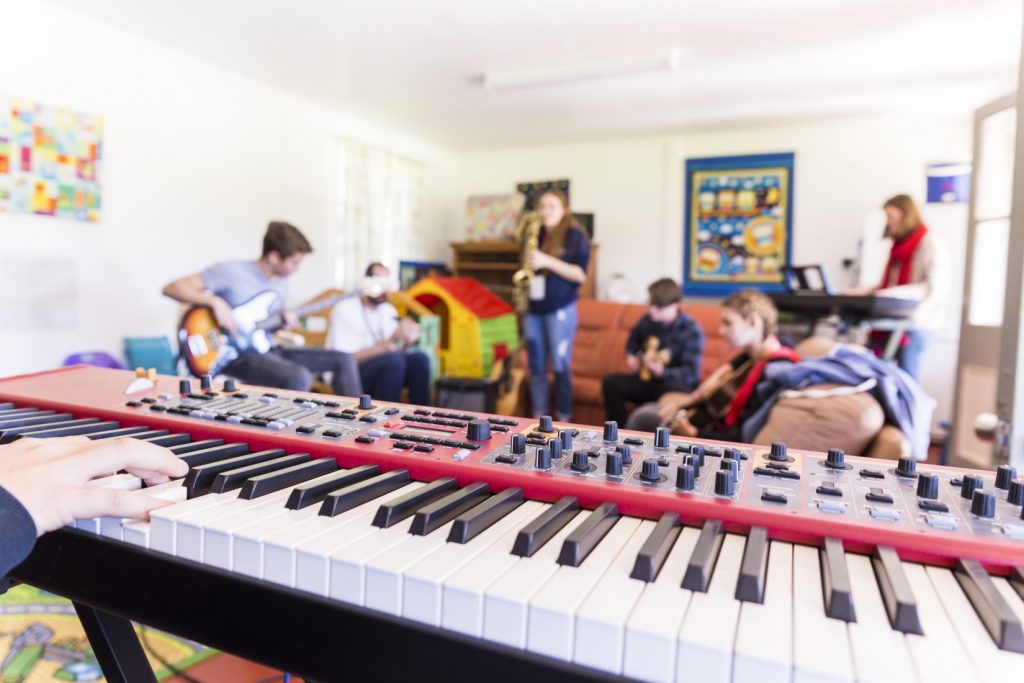 “If you’re working with a camper on their art you’ll quickly find out if they are confident in their ability or not. Because kids are exposing their talents like this, SMADD has always fostered a very supportive, loving environment.

“And that’s the goal of the camp – to help young people feel loved and accepted.”

One camper who was profoundly impacted by the camp is Chantel Meehan, who and is now directing the dance elective of SMADD Winter.

“I was introduced to an atmosphere of love, purpose and acceptance at SMADD – for 13-year-old-me it was almost unbelievable,” Chantel says.

“SMADD always fosters this surreal atmosphere of acceptance. No matter where you’ve been, who you are or what you do, you will be totally accepted, totally loved and totally championed by people who have just met you.

“I think that’s what makes it such a great community – everyone feels like they fit in.”

SU QLD would like to acknowledge that many people have contributed to making SMADD Camps such a success over the past 40 years, sacrificing their time and talent and serving the campers.