What if there were no chaplains?

It’s a question with perhaps a darker answer than many may care to admit.

For Pamela, a Year 6 student at Deception Bay North State School, she may not be with us today if it were not for her chaplain…

From ongoing troubles at home to being bullied, rejected and isolated at school, growing up has been a challenge for Pamela.

“I had no friends and people were teasing me really badly. They would say that I was fat and I was ugly and it really got to me.”

The troubles at home reached their peak in 2014. Pamela’s mother, Emmily, who was struggling with complex issues of her own, was finding it very difficult to provide the supportive, nurturing influence that her daughter needed. 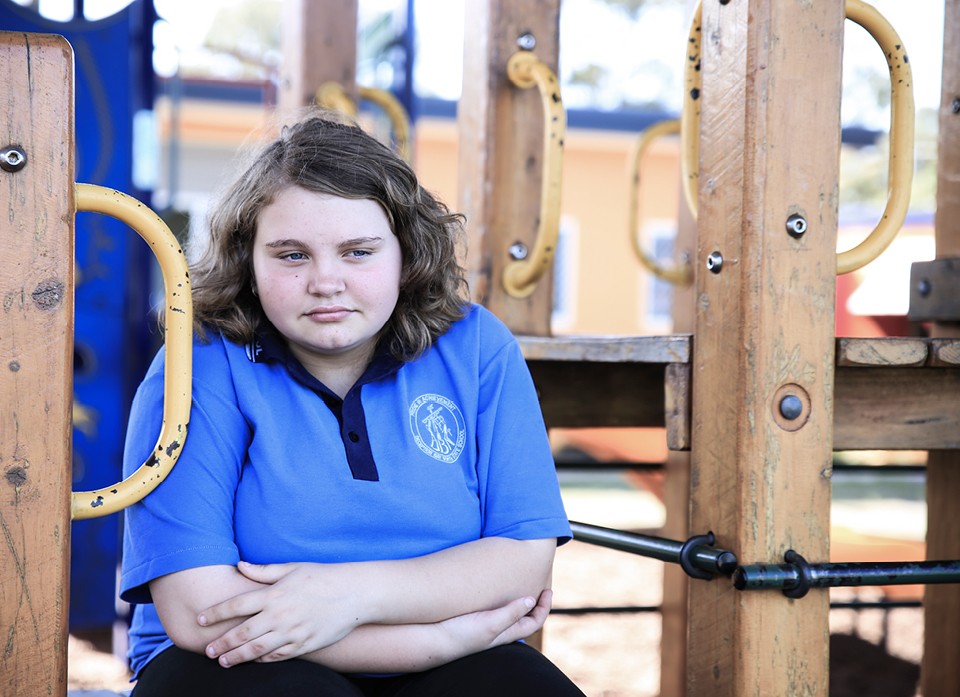 “I felt angry and I felt like no one was there for me,” Pamela recalls. But as difficult as home life was, school was worse.

“Because tough stuff was happening at home and school I had nowhere to go.” She resorted to hiding in a closet at home.

At just 11 years of age, Pamela believed she was worthless. She had even considered taking her own life.

Then she met her school chaplain, Bekky.

“I first met Pamela when her teacher referred her to me to help with her hygiene,” says Bekky, who recalls helping a young, shy girl learn basic self-care and grooming tips.

Towards the end of 2014, Chappy Bekky was planning to introduce a program to reengage girls who were at risk of disengaging from school. Pamela, whose attendance record was patchy at best, was one of the first names that came to mind.

“I met with Pamela at the start of the year and said, ‘Would you like to be part of this program? I see a lot of potential in you’.

“She was like, ‘Yeah, I really want to give it a go’. So I gave her the condition that if she was going to be [in the program] she’d have to be at school every day.”

Pamela raced home to tell her mum what had happened at school.

“I felt really happy when Bekky asked me… I never get chosen,” says Pamela. The girl, who once thought no one cared, was now chosen because someone saw she was special.

Change was in the air, and others were beginning to notice.

“Pamela was overwhelmed when Bekky chose her. She couldn’t wait to tell everybody. She had to phone grandma up and poppy and granddad,” Pamela’s mum Emmily recalls.

Bekky introduced Pamela to other girls with troubled backgrounds. She was no longer alone. But the best was yet to come.

The turning point for Pamela came during a camp Bekky had organised for the girls earlier this year.

As dusk on the first day of camp approached, Bekky took the girls down to the beach and asked them to write in the sand all of the negative things that people had said about them that they didn’t want to believe any more.

“I wrote that I [was] fat, ugly and that nobody liked me,” says Pamela. Once the girls had finished writing the negative words and reflected on their past experiences, they returned to camp.

The next morning Bekky brought the girls back to the beach.

“We got down there and I said, ‘what did you write? Where is it?’ They said, ‘It’s gone, the tide’s taken it away’. I said ‘Exactly. Every night the tide comes up and then you’ve got a new day. Each day you get to choose what you’re going to believe about yourself’.

“I said, ‘Write down the things you want to believe about yourself’. They wrote: ‘I’m beautiful, I’m capable, I’m a leader, I’m worthy, I’m lovable, I have friends, I have hope’. So many powerful things,” says Bekky.

Since returning from camp Pamela has continued to grow in confidence and in hope for a bright future.

Her teachers are astonished at the transformation in the girl who was once too scared to go to school.

Pamela’s home life is now much better too.

“She’s changed heaps. This is incredible. She’s got more confidence in herself and she’s made lovely friends,” says Emmily.

Both Pamela and her mum are grateful to Chappy Bekky for the positive force she’s been in helping Pamela turn her life around.

“If Bekky wasn’t here then I would still be scared to go to school.

“I think every school needs a chaplain, because chaplains help the kids.

I know I can always talk to Bekky and she’ll be there for me.”

Thank you for your ongoing support of SU QLD Chaplains in Queensland schools.