The end of the year brings warmer weather, free time and cause for celebration. It also has the potential to bring temptation and overindulgence for young people.

SU QLD supporter, Tyson Stelzer, who is also a multi-award winning writer, television presenter and author of ‘A Parent’s Guide to Teen Alcohol and Parties’ – recently shared with us his tips for parents on how to safely embrace your child’s inner desire to party.

“For young people, parties are an important part of growing up. But teenage fun can quickly turn ugly when alcohol is on the scene,” says Tyson.

“Parents play a vital role in influencing a teenager’s use of alcohol.

“The single most important thing that you can do is to demonstrate safe drinking. Open up the communication channels with your teenagers. Listen to what they have to say about alcohol.

“Ask them what they understand the dangers to be, and have them propose their own strategies for avoiding the risks. This is a good way to open up the discussion gently. Be firm but not judgemental.

“Be actively involved in your teenager’s life. Get to know their friends. Keep up with what’s going on for them.”

To have any influence on your teenager’s life and the decisions they make, Tyson says a good solid relationship is essential.

“Friends and ‘fitting in’ are high priorities for adolescents. They tend to look to their friends and the media as a model for how to behave,” he says.

“We should be talking to our kids at early primary school age.

“By the time children are between eight and ten, they’ve already formed fairly clear views on alcohol. If you leave it until they’re fourteen, it might be too late.”

When planning a party it will be most successful if planned with a parent, Tyson says.

“Explain your responsibilities to your child,” he says.

“Try your best to keep numbers manageable by making it an invite-only event. Gate-crashers are becoming more common at teenage parties.

“Keep them full and busy with lots of snack and non-alcoholic beverages.

“Be sure to communicate openly with the parents of the teenagers attending.”

A Parent’s Guide to Teen Alcohol and Parties is a free resource that you can access by visiting winepress.com.au/brochure.pdf. 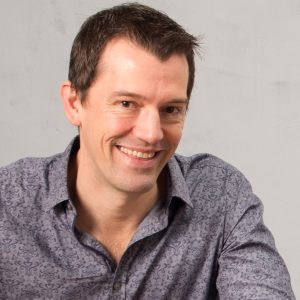